The New Covenant is where we, Christians (believers), base our Faith. But do we really know HOW to read the Scriptures?

When I first got saved, I thought that when I was reading the Bible from Genesis to Revelations, everything was for me. I thought everything was the same. But when I met a Bible teacher Leslie Wells from Ireland who reside in New Brunswick, Canada and lives in Tracadie, he brought to my attention the contextual way of learning the scriptures. He told me that every letter/scroll of the Bible was written for a specific reason and for specific people. And there were two main groups of people to whom the Lord was addressing the message: the Jews (Jewish Religion) and the Assembly (Christians), often said in the Bible as the Jews and the nations. So from that day on, my reading and my understanding of the scriptures have been changed drastically.

For example, in the scroll of Malachi in the First Covenant, the first verse "the burden of the word of the Lord to Israel by Malachi" now indicate to me that it is strictly for Israel and not for the assembly, because I follow the context of the letter. This furthermore makes me understand that Malachi 3:10 became a scam and a way of taking money from people by the denominations (false pastors), telling  their groups that they have to give their tithes (10%) or else they will be cursed, "Ye are cursed with a curse: for ye have robbed me, even this whole nation (Israel)" (verse 9). What a clever way for these people to get money from Christians and build their empire and become rich on the expense of the Christians; putting guilt on their minds and preaching often from the pulpit Malachi 3 in order to boost the revenue for their lucrative business which is called today "denominations" led by so called 'pastors' to form a pyramid system, which we all know that a system like that will increase the wealth of the one on the top!

Moreover, in the scroll of Malachi, the religious leaders were the ones found at fault. They were not performing well their religious service and were being condemned by God. Ironically today, the leaders of denominations [false pastors] accuse their members of robbing God. It is even done with arrogance and ignorance, forcing such a teaching (accusation) on their members. Well in fact, the context of Malachi is actually against the leaders (Levite priests) and not the members (Jews). False pastors are using a context that actually reveals their own faults. The leader of the First Covenant were getting corrupted and not pleasing God. In the same way, the leaders of denominations have always been corrupted because they are based on gaining from the beginning of their organization, not on serving the Lord purely. Denominations use this teaching, without being contextual, to gain money. Remember that denominations need money to grow in number and to pay for “workers’” and “pastors’” salaries. It has become a lucrative business.

Any group that does not have elders as leaders, as according to the New Covenant (1 Timothy 3), indicates that the group is a man made religion based on salary and profit.

The definition of the PASTOR from the New Covenant is seen in Ephesians 4:11-12 which talks about the gifts to the assembly (i.e. apostles, prophets,preachers, and pastor-teachers). Today, the term "pastor" is misused by denominations.

A PASTOR, in its biblical sense, is a teacher who travels and moves to different local assemblies (Acts 16:1 & 4). He is not stationary and does not LEAD a particular group. Nobody calls him by his title, like “pastor X”, because it is a GIFT, not a position or an office, neither an occupation. His subsistence consists of monetary gift, not salary or percentage required from the law. In 1 Timothy 1:3, Timothy was urged by Paul to stay in Ephesus for a certain time to help the believers to recover from false teachings. Titus was also a pastor-teacher who was left in the island of Crete to complete his work with Paul there and appoint elders in each town as he was instructed.

While on the contrary, a PREACHER/EVANGELIST is a soul winner who travels to unknown territories to spread the Good News as the Holy Spirit leads.

On the other hand, the elders (always plural) do not have a gift of preaching, but they are stationary and are leaders of a local assembly. Being an elder is not a gift but a desire (1 Timothy 3). Elders do not receive salary but they have secular jobs (ex. carpenter, mechanic, farmer, etc.). They are not creating a burden for the Christians to sustain their living, unlike what the denomination leaders do.

The plan of God is to save souls (using the preachers), teach the young Christians (using pastor-teachers), and to preserve them (using the elders of the local assemblies).

Going back to Ephesians 4:11-12, the responsibility of pastor-teachers, along with apostles, prophets, and preachers, is to "equip God's people to do his work and build up the assembly, the body of Christ."

Here are some tips on how to understand the Bible better:


This is for the good of your soul and for your growth to becoming a mature Christian.


Reading the scriptures contextually would result to accuracy and comprehension. Here is an example. Many believers believe that  Matthew 28 and Acts 1 are the same, but reading carefully will say otherwise. 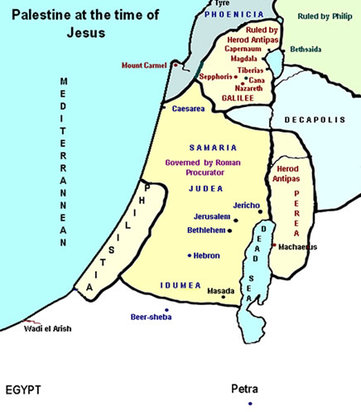 Galilee is far from Jerusalem, while the Mount of Olives is a Sabbath day's journey [half a mile] from Jerusalem. Straight line distance from Nazareth [Galilee] to Jerusalem appears to be about 63 miles. Walking distance would be more on the order of 68 miles. Average adult walking pace is about 4 mph, so the journey would need 17 hours or more. Four mph is really hard to sustain for more than a few hours. On the Oregon Trail 15 miles per day was considered to be fantastic. That pace would require more than 4 days for the journey.
Matthew 28:19 is an instruction for the Tribulation period. It focuses on the Jewish earthly kingdom that will lead to the 144,000 preachers (Revelations 7:1). The commission of Matthew 28:19 is not linked with the assembly [church]. "At the end of the age", the assembly will not be there because the caught up [rapture] will take place before that (1 Thessalonians 4:13). The message of the kingdom on earth will start after the caught up. And this will be the commission for the disciples of the King until "the end of the age".

On the other hand, Acts 1:8 takes place in the assembly period. "Be my witness" was the idea of something new [the bride] which was not revealed previously in the Old and during the Lord's ministry on earth. It is the prelude of what happened in Acts 2 wherein the Holy Spirit came down on them and the assembly started officially. Acts 1:7, "When the apostles were with Jesus, they kept asking Him, 'Lord, has the time come for you to free Israel and restore our Kingdom?' ". Notice that the Lord replied in verse 8, "The Father alone has the authority to set those dates and times, and they are not for you to know. BUT..." The interest of the disciples is for the kingdom on earth and to deliver Israel, but the Lord has something else in view. He talked about something else that will take place before the restoration of Kingdom comes. Notice the word "but" in verse 8 that denotes a change of position and direction,"But you will receive power when the Holy Spirit comes upon you. And you will be my witness." It is a clear indication that the assembly period is in view in this context.


Another interesting thing to note is the end of the four gospels have different prospects even though though they focus on the Lord's ministry on earth with the Jewish people. The end of Matthew is linked with the earthly kingdom (chapter 28 verse 20). Mark's ending, on the other hand, is related to the assembly, "he was taken up into heaven" (chapter 16 verse 19), same with the end of Luke (chapter 24 verse 50). Whereas, the gospel of John is in general the gospel of the believers focusing on intimacy between the Father and the Son, John 1:1, "in the beginning...", and between the Son and the believer, John 21:23, "...if I want him to remain alive until I return..."


It is very important to divide the word of God properly, otherwise, it will be like a confusing pieces of puzzle which will be hard to put together.