The universal assembly refers to ALL those who belong to Christ since the beginning of the assembly (Acts 2) until the caught up (1 Thessalonians 4:13-18) takes place, whether dead [asleep] or alive until now.

The universal assembly only started in Acts 2:1. The First Covenant (Old Covenant) was still on during the ministry of Jesus on earth until His rejection from the nation of Israel. The New Covenant started when the Lord Jesus ascended to heaven and sent the Holy Spirit down in Acts 2. If you read carefully 1 Corinthians 11:23-25, "For I pass on to you what I received from the Lord himself. On the night when he was betrayed, the Lord Jesus took some bread and gave thanks to God for it. Then he broke it in pieces and said,'This is my body, which is given for you. Do this to remember me.' In the same way, he took the cup of wine after supper, saying, “This cup is the new covenant between God and his people—an agreement confirmed with my blood. Do this to remember me as often as you drink it.” The New Covenant only took place when the death of Christ occurred, and when he went to heaven with a promise of the descending of the Holy Spirit, and telling the disciples to wait in Jerusalem (Acts 1:8). This also clarifies that the Lord Jesus first came on earth to fulfill the law according to the Jewish religion. It would be a tremendous mistake to try to fit in the assembly into a Jewish context (i.e. Matthew, Mark, Luke gospels). Yes, there were seeds in these gospels (i.e. Matthew 16:18, "I will build my assembly" future tense), but the New Covenant only started in Acts 2. When you look at the way the Bible is made, we are made to believe that Matthew is the start of the New Covenant but it is actually the end of the First Covenant. I, personally, was mislead because of the divisions of the First Covenant and the New Covenant by the editors. The divisions should have been made in Acts 2 for the New Covenant not in the beginning of the gospel of Matthew, because Matthew is the end of the First Covenant. Another example for misleading titles would be the "Acts of the Apostles". It should be probably more accurate to say "Acts of the Holy Spirit," because the apostles were just the agents or instruments sent by the Holy Spirit. 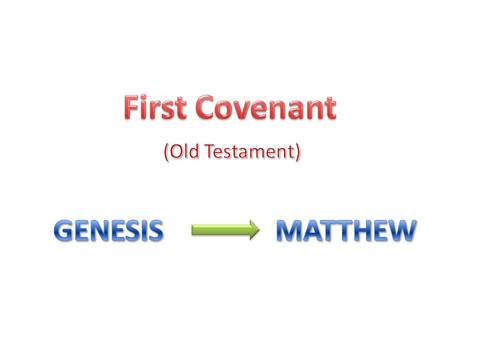 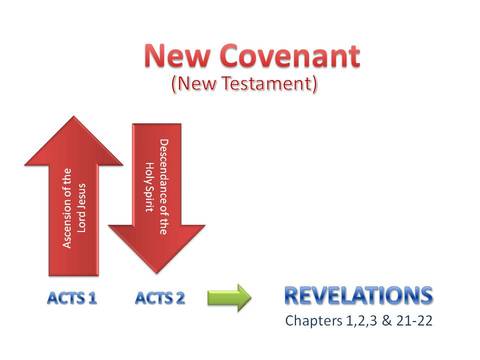 The universal assembly cannot be located in one place at this moment, but will be gathered together visibly at the caught up--body, soul, and spirit. At this moment, the body of some saints are asleep [dead] in the ground, but their soul and spirit are in heaven. And those Christians, who are alive, are waiting for us to be snatched away forcibly (caught up).

The universal assembly and the Israel nation do not have anything in common. They have two different identities. The Universal Assembly is the bracket between the two events: the first coming and the second coming. 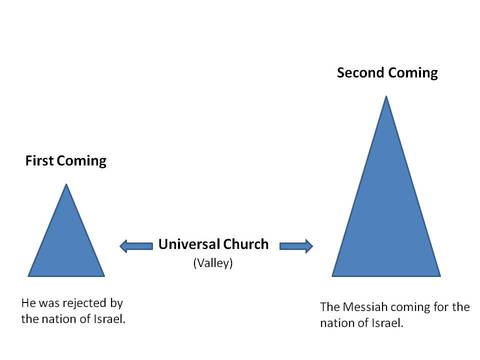 God has another agenda for the nation of Israel. Romans 11:25-26 says, "For I do not desire you to be ignorant, brethren, concerning this mystery, in order that you may not be wise on yourselves, that hardening in part has come to Israel until the fullness of the Gentiles [assembly] has come in. And thus all Israel [nation of Israel] shall be saved, even as it stands written, There shall come out of Sion the Deliverer [Messiah]..." But don't forget, God is dealing individually with the Jews and adding them to the assembly--individual Gentile and individual Jew to be one in Christ. As written in Ephesians 2: 16, "For He himself is our peace, the One who made the both one, having broken down the middle wall of the partition, the enmity, in His flesh..."
God is adding individual Jews to the assembly, but after the caught up, He will deal with Israel as a nation according to His plan.